CYLAD sponsors “Le Congrès”
a Congress of French business leaders based in Germany. 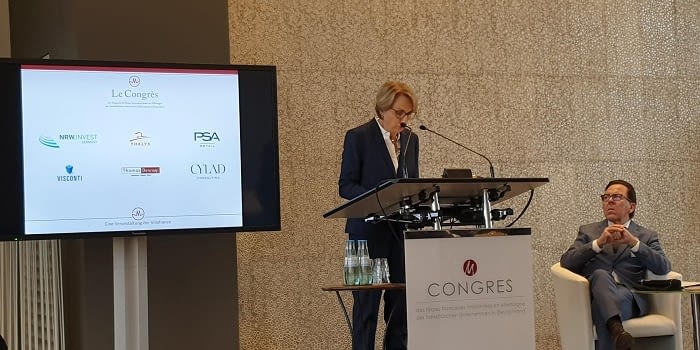 On Thursday September 26, CYLAD Consulting participated in Le Congrès, a conference of French business leaders based in Germany. As a French-German founded company, CYLAD has been a sponsor of the annual congress since 2014.

The event is held annually in Cologne, Germany with attendants representing public, private, and governmental institutions. The theme of the conference this year: Franco-German paradoxes. Both the French Ambassador for Germany and former president of European Parliament kicked off the event with welcome speeches.

The objective of Le Congrès is to highlight cross culture cooperation and to build future Franco-German economic and industrial projects. French companies currently employ 350,000 people in Germany and at the same time German companies choose France as the first destination for their foreign investments.